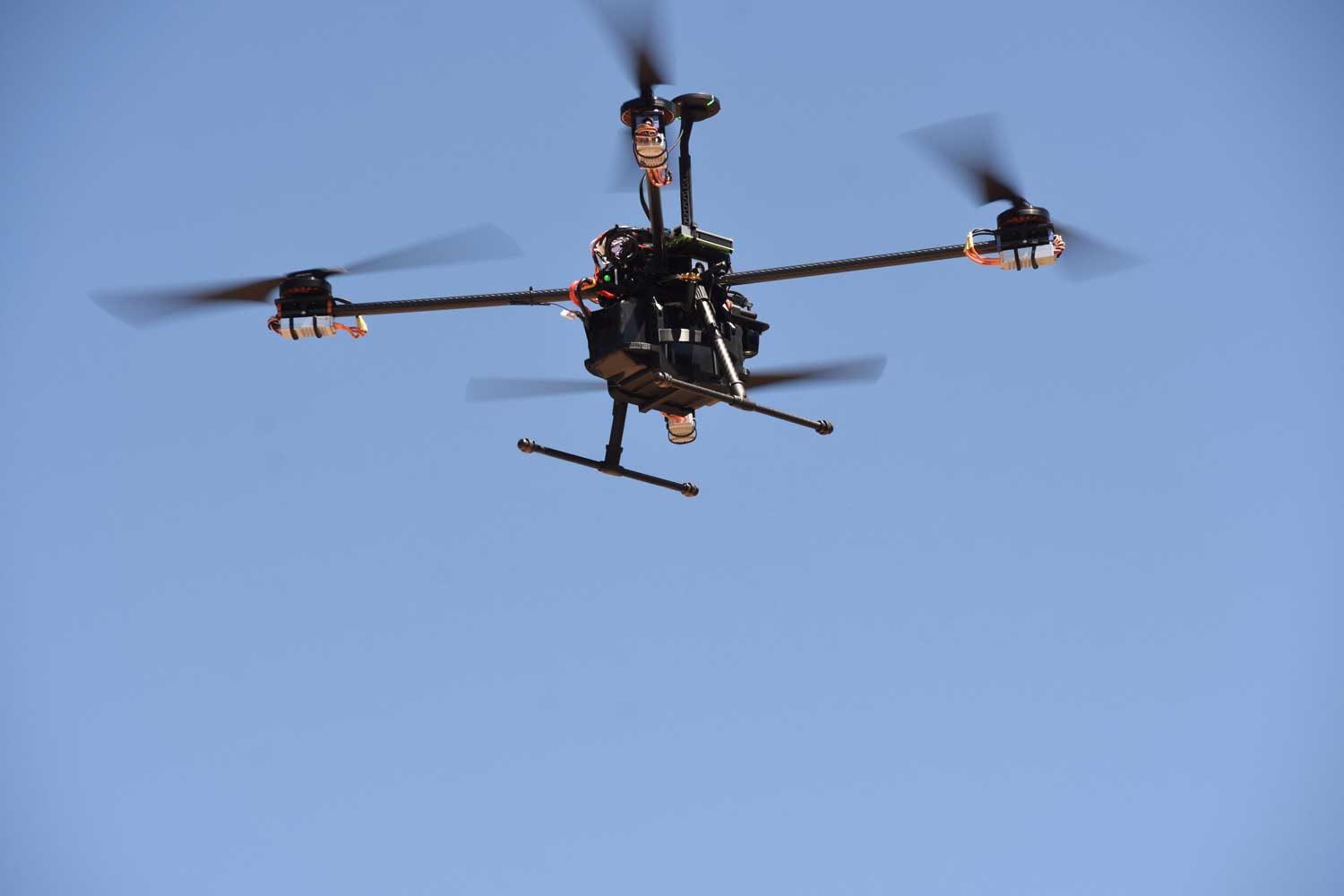 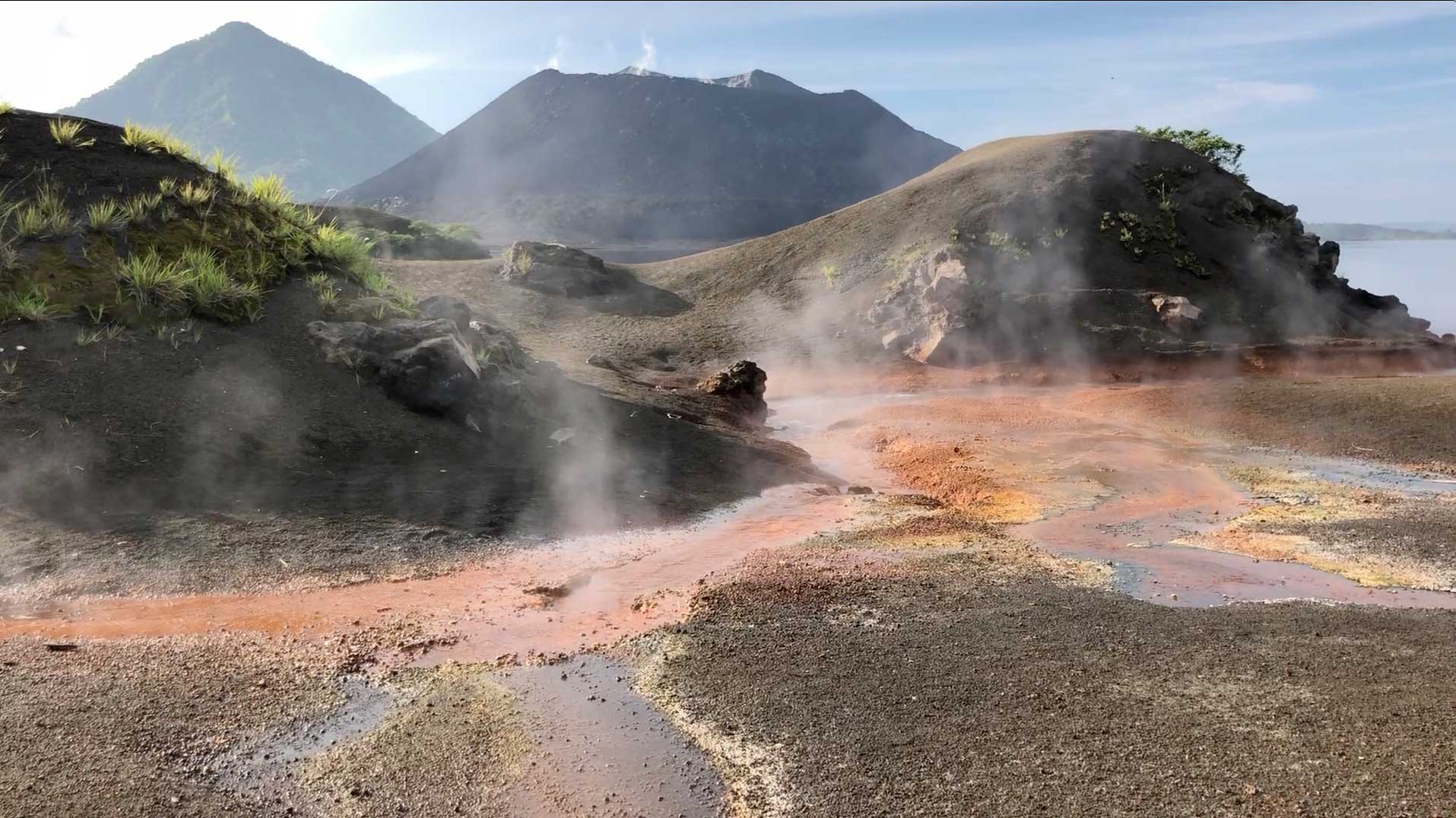 You can tell a lot from the composition of the gasses coming from active volcanoes about what is happening deep beneath. It is even possible to predict when an active volcano will erupt causing widespread damage,and determine their contribution to climate change, yet gathering this critical data can be extremely hazardous to volcanologists.

An interdisciplinary team from UNM Departments of Computer Science, Earth and Planetary Sciences and Electric and Computer Engineering received a 4-year research grant from NSF’s National Robotics Initiative to develop novel bio-inspired software and drones to measure and sample volcanic gases. The team began this collaboration back in 2017 and participated in an international field expedition to the remote and dangerous volcanoes of Papua New Guinea sponsored by the Deep Carbon Observatory in Spring of 2019. During this expedition UNM researchers Tobias Fischer, Scott Nowicki (E and PS), Matthew Fricke and undergraduate student Jaret Jones (CS) successfully sampled the plume of Tavurvur and Manam Volcanoes for Carbon-isotopes, which provided information on the ultimate sources of carbon dioxide in these volcanoes. The results are about to be published in the journal Science Advances.

Following the expedition, UNM computer scientist Melanie Moses led the team to a successful proposal for the National Robotics Initiative to program swarms of drones so they work together to map the gas concentrations around volcanoes and so discover the richest places to sample. Writing code to allow drones to autonomously and collaboratively survey volcano gasses will allow small local monitoring stations to keep an eye on volcanoes, rather than having to rely on teams of drone pilots. The computer science efforts are spearheaded by Profs. Melanie Moses, Matthew Fricke and Jarred Saia specialists in bio-inspired algorithms. Drone hardware developments are lead by Prof. Rafael Fierro from Electric and Computer Engineering. Field testing, sensor development and science application are lead by Prof. Tobias Fischer and Dr. Scott Nowicki from Earth and Planetary Sciences. The team also includes several undergraduate students, M.Sc. students and Ph.D. students who will work synergistically within the VolCAN project.

“Our ultimate goal is to develop and test drone-platforms that enable scientists to collect data from active volcanoes that improve our understanding of volcanic processes and use that knowledge to forecast eruptions and save lives” said Tobias Fischer.

Measurement of volcanic CO2 flux by a drone swarm poses special challenges. Drones must be able to follow gas concentration gradients while tolerating frequent drone loss. We present the LoCUS algorithm as a solution to this problem and prove its robustness. LoCUS relies on swarm coordination and self-healing to solve the task...

A major eruption of Tavurvur in 1994 destroyed the nearby provincial capital of Rabaul. Most of the town still lies under metres of ash. Another eruption in 2013 forced local people to evacuate.

A team from the University of New Mexico joined an expedition to Tavurvur led by Emma Liu of the University of Cambridge and supported by the Deep Carbon Observatory to test whether robotic drones could be used to reduce the risks of gathering volcanic samples. The team flew drones at Tavurvur and Manam volcanoes in Papua New Guinea. These volcanoes lie on the Pacific ring of fire. Drones were employed to place sensors in the crater of Tavurvur and sample gasses from multiple towering plumes. During the expedition a 7.5 earthquake caused the team to evacuate their hotel in the middle of the night, underscoring the danger of working in geologic hotspots. So far during the expedition two drones have been lost to the volcano, but drones can be replaced.

Valles Caldera is a supervolcano in northern New Mexico. A series of eruption in the Jemez volcano fields over the course of half a million years formed a caldera 15 miles wide. The presence of hot springs and CO2 emmisions near the caldera at Soda Dam and Hummingbird camp indicte that Valles Caldera is still an active volcanic system. We are sampling C02 emissions with automated UAS flights to better understand this system. 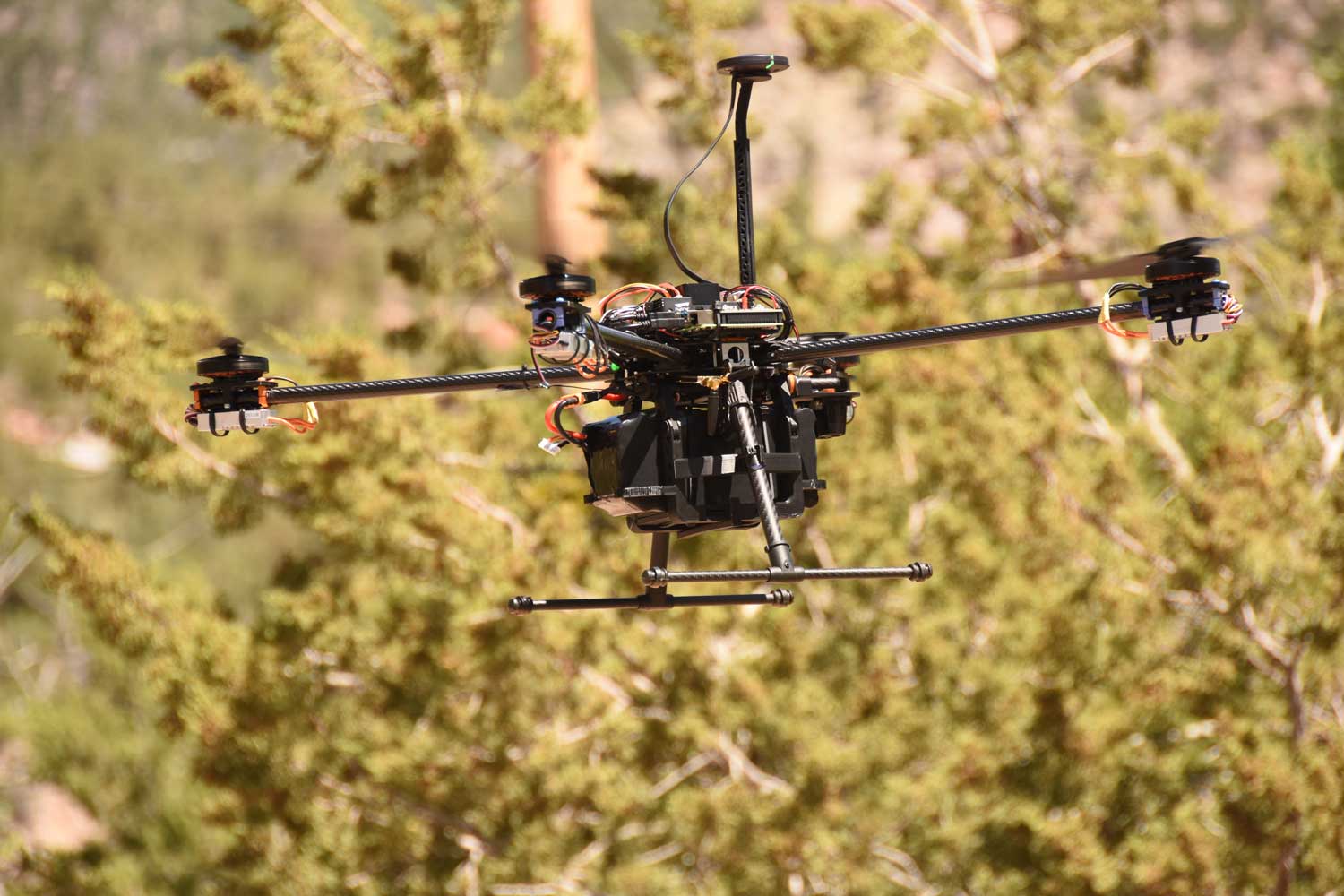 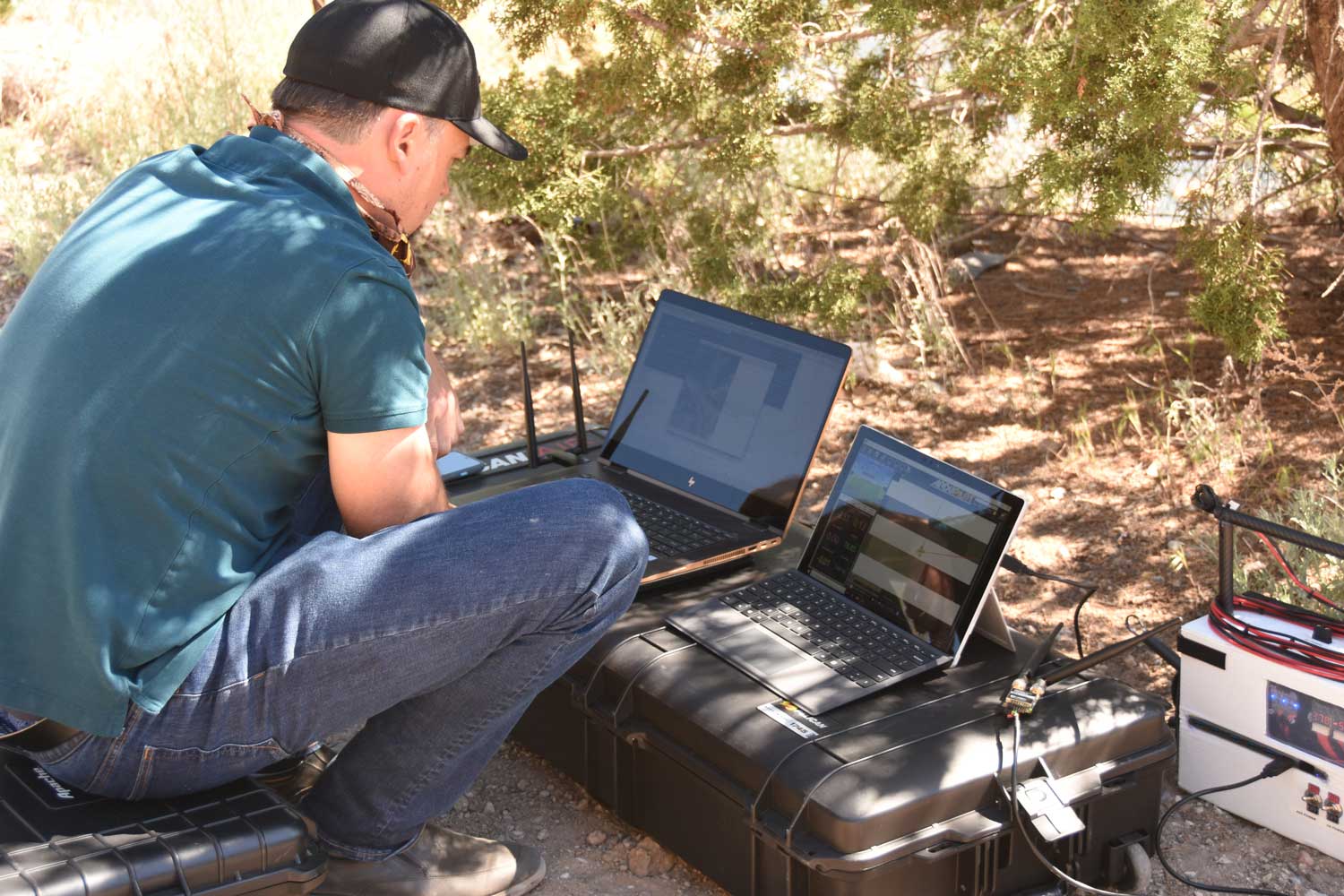 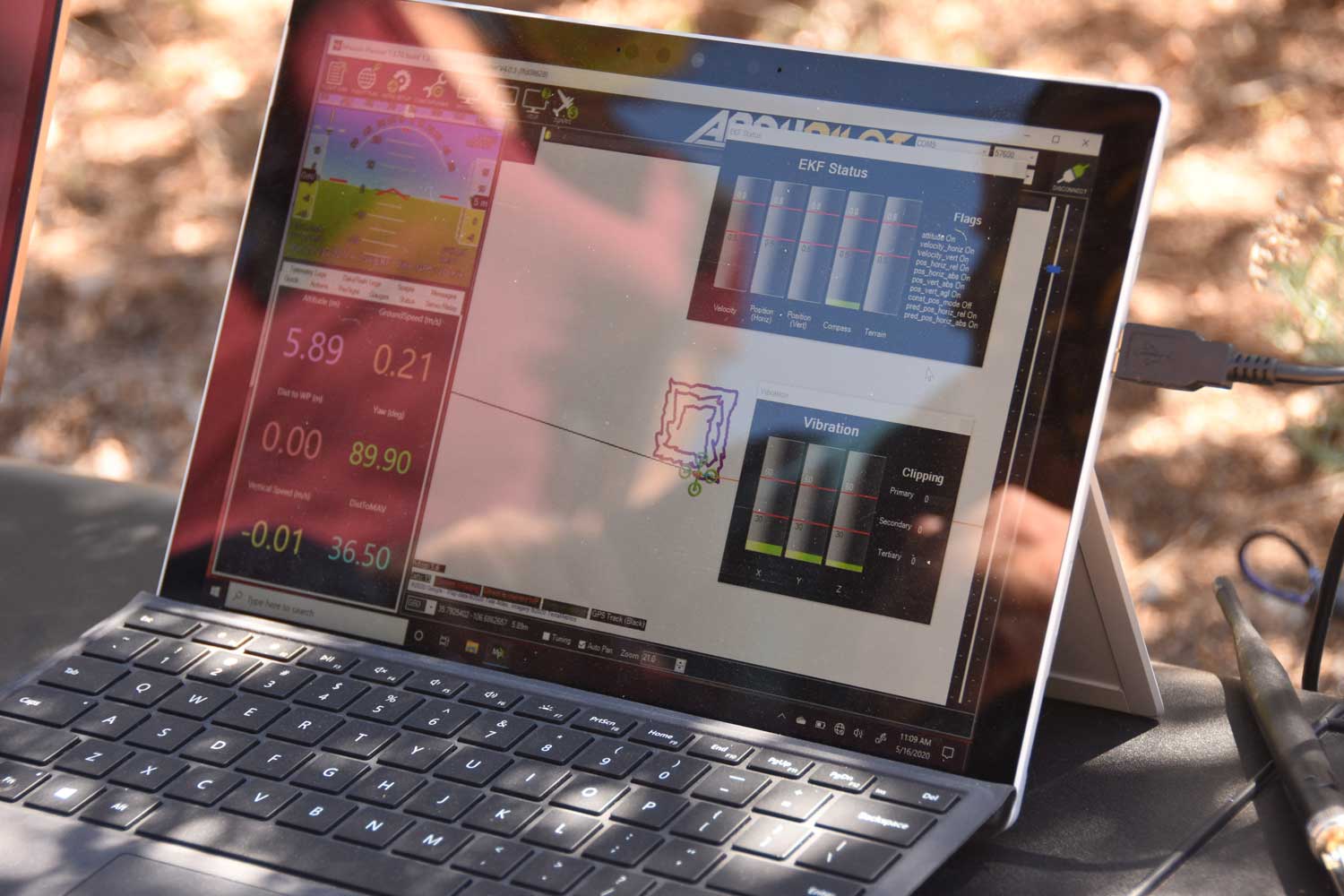